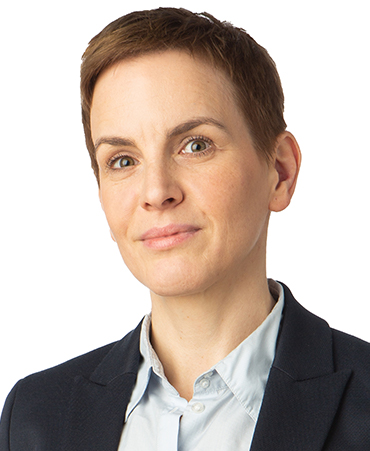 "How can we shape the path towards a smart future and which consequences will these changes have on our lives? It is our daily business at the iit to face new challenges and to elaborate on possible technical solutions concerning their social and political effects."
+49 (0) 30 310078 174

Sandra Rohner studied Political Science at the Otto-Suhr-Institute in Berlin. During her studies, she worked for a member of the German Parliament as well as for VDI/VDE-IT. After her receiving her diploma, she became a consultant at VDI/VDE-IT in the Society and Economy Department and prepared the editorial process for the "Federal Report on Research and Innovation 2008". In addition, she acted as coordinator of the report's chapter "Federal Funding of Research and Innovation" and became the editor of the report for the following six years. Since 2008, she has been project leader of the programme agency "Innovation Policy, Science Analysis and Communication, Data and Analysis Foundation for Education, Research and Strategy" and is responsible for the topic "statistics and international comparative analysis".

Since mid-2015, she served as head of the research project "Opportunities and threats of the development of technical infrastructures for cheap and resource-saving fulfilment or improvement of environmental standards based on the internet of things and services" – a concept-study using the example of the federal state capital Schwerin and its surrounding area.