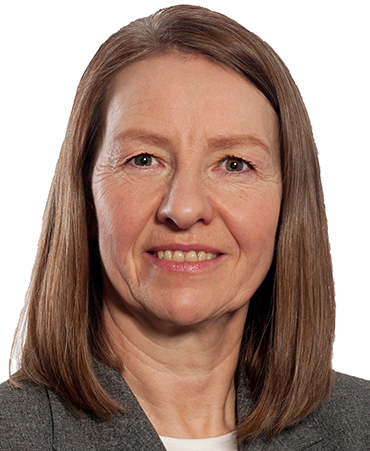 „In the subject area "education and innovation - permeability and lifelong learning", I can evolve, because stagnation is no good for me, nor for the education system.”
+49 (0) 30 310078 279

After completing her Master’s degree in political sciences and English studies at the University of Constance in 1988, she worked as a scientific member of staff at the Bundesinstitut für Berufsbildung (BIBB, then in Berlin) (National Institute for Vocational Training) in various areas and functions until 1998. Her focal areas were: Research coordination, national coordination of European support programmes, internationalisation of professional education, quality assurance in professional further education and gender mainstreaming. This was followed by three years as a project manager and developer for independent sponsors of professional education in the area of quality of transnational practical training and certification of skills. From 2002 to 2004 she coordinated the BLK joint project “Development of a performance points system at a University in all faculties (FH)” of eight universities from five German states at the Fachhochschule für Technik und Wirtschaft (FHTW) (College of Technology and Economics), Berlin.

In 2005 she became involved with questions of the quality assurance of dual study courses in the tertiary area at the “Vocational Academy” of the Fachhochschule für Wirtschaft, Berlin. From 2005 to 2011 she took part in the scientific supervision of the BMBF initiative “Crediting of professional skills towards university study courses” (ANKOM) at the HIS-Institut für Hochschulforschung (HIS-HF) Hannover (Institute for University Research), where she was in charge of the projects of the business sciences cluster. She has worked for the iit since April 2011, and at the VDI/VDE-IT she was until 2017 responsible for the project sponsorship of the Government-Federal State-Programme “Aufstieg durch Bildung: offene Hochschulen” (Advancement through education: open universities). Since then, she has been working on communicating the results of the programme on open universities, in particular successfully developed study programmes, processes and structures, and ransferring them to the national level and thus implementing them nationwide.