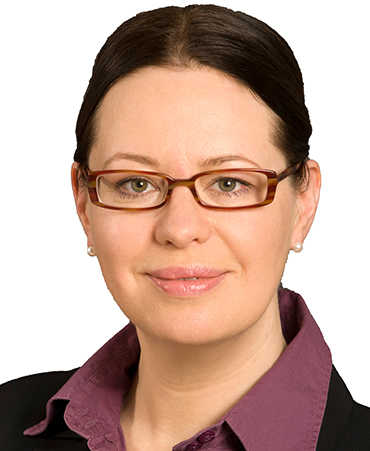 "International cooperation, adaptation of energy markets and societal consensus are crucial for the successful energy system transformation. To achieve that, a fair distribution of costs for infrastructure investments and complex social und technical innovations are necessary.”
+49 (0) 30 310078 379

Kirsten Neumann received her MA International Studies and Diplomacy from the School of Oriental and African Studies at the University of London in 2001 where she focused on International Economics, International Relations and Political Economy of Development. Before, she received the Universities Promotional Prize for her MA in Social Work, focusing on intercultural communication and adult education from the University of Applied Social Sciences in Freiburg. For three years, she worked as Project Director Renewable Energies at the German Energy Agency where she was responsible for foreign marketing and publicity for the government's renewable energy export program "Renewables made in Germany". Before that she served as programme officer for the United Nations University for five years. She was responsible for advanced policy research and capacity building on the subjects "Renewable energies and water in the Middle East and North Africa region" in Amman (Jordan) and "Biodiversity in Central Asia" in Tokyo (Japan). She also served as policy analyst for the United Nations Development Programme in New York, evaluating the provision of global public goods. Previously, she worked for three years as project manager for an international private environmental foundation supporting organisational development of small NGOs in Europe.

Since 2011, Kristin Neumann is a scientific member of staff responsible for renewable energy projects at VDI/VDE-IT and the Institute of Innovation and Technology (iit). She researched and wrote several iit studies on the subject of renewable energies and has written publications in the areas of renewable energies, education for sustainable development and biodiversity.