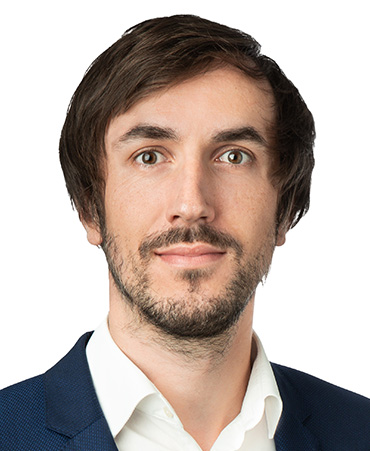 "Regarding quantum technologies, Germany is a strong player in the field of scientific research. How and in which areas can we best transfer this knowledge to market for making our society more live- and sustainable?"
+49 (0)30 310078 4370

After achieving his degree in physics, Dr. Christoph Grzeschik earned his doctorate at the Humboldt-Universität Berlin in 2017. Main topic of his scientific studies were experiments with ultra-cold quantum gases for future quantum sensors. As part of a team from different science institutes, he conducted measurement campaigns in zero gravity at the drop tower of the Centre of Applied Space Technology and Microgravity (ZARM) in Bremen. Afterwards, Dr. Grzeschik worked as a postdoc in a joint project between multiple German science institutes and the NASA, developing the quantum experiment „BECCAL“ for the International Space Station ISS.

In 2018, Dr. Grzeschik relocated to the Berliner Glas Group. As a systems engineer, he was responsible for the development of satellite-based systems for earth observation and optical communication in space (European Data Relay System, EDRS).

Since 2021, he has been working at the iit as a scientific consultant for companies, scientific research groups and the federal government. Central theme of his work are cutting edge quantum technologies. Those include, e.g., quantum computing and its innovation potential and industrial applications, as well as secure communication based on quantum key distribution, or practical applications of future quantum sensors.